Fort Augustus is a small village in Scotland, located about 8 miles upstream from the town of Beauly on the north west bank of the River Beauly. It is situated in the historic and scenic Highland region, which is renowned for its rugged beauty, abundant wildlife and rich Celtic heritage.

The village has a thriving community life with local enterprise, social clubs and several active churches to support the residents.

The region is well known for its outdoor pursuits. The area offers superb salmon fishing on the River Beauly. Salmon season runs from 1 March until 30 September each year. It also offers sea fishing on the Moray Firth, which is 16 miles east of Fort Augustus. The popular Fort Augustus Abbey Heritage Centre is situated at the heart of the village and provides an insight into early monastic life in Scotland.

St Andrew’s Church is an ancient stone building containing fascinating wall carvings and Victorian stained glass windows. As early as 1189 the church was mentioned as a monastic chapel (a cell to a religious house) dedicated to St Augustine of Canterbury. The earliest surviving part is the 12th century chancel, which contains four medieval windows including magnificent stained glass of the Annunciation and a series of 15th century painted timber choir stalls. The church was renovated by Victorian artisans in 1881.

St Ninian’s Church was establied by St. Ninian, who is popularly known as St. Nynia. The earliest parts of the church date to the 13th century, but it has been extensively refurbished and restored in many stages since then. There are over ninety carved stones in the church including one of the oldest examples of Celtic art found anywhere in Scotland.

The Fort Augustus Museum was opened in 1993 and is housed in a former school building from the 1930s which has been refurbished by Historic Scotland following a grant from Historic Scotland ‘s Architecture section . 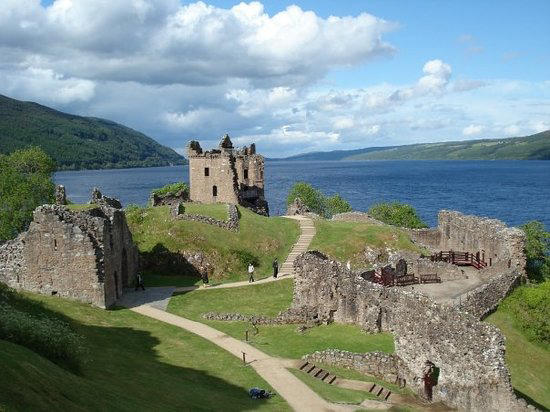